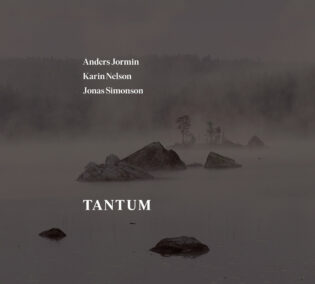 Tantum showcases the exceptional talents of Karin Nelson, Anders Jormin and Jonas Simonson who once again treat us to a genre-bending musical experience. It’s playful, a generous give-and-take, where their combined backgrounds in classical music, improv and world music fuse into a sum surpassing the parts, an artistic smörgåsbord feast of genres spiced with tradition and history. Tantum is the second album featuring this project; a follow-up to the critically acclaimed Songs in Meantone released by Footprint Records.

KARIN NELSON, an organist much in demand as a soloist, is an authority in the fields of free improvisation and in Early music. She regularly gives master classes and serves as a jury member in international organ competitions. Currently, she is Head of organ and church music both at the Norwegian Academy of Music and at the Academy of Music and Drama, University of Gothenburg.

ANDERS JORMIN is a renowned jazz bassist with the world as his workplace, touring with various constellations of internationally acclaimed names within jazz/ improv. A recipient of numerous awards and prizes for his unique artistry, he also holds an honorary doctorate at the Sibelius Academy of the University of the Arts, Helsinki. In addition to this, he is Head of Improvisation at the Academy of Music and Drama, Gothenburg University.

JONAS SIMONSON has carved out a solid reputation as a flutist in the folk and world music genres. He’s also contributed significantly to the evolution of modern Nordic folk music. For the past 30 years, he has traveled the globe with his rhythmic and personal style of musicianship. His work is featured on numerous recordings and he is a highly experienced and respected educator at the World Music department of the Academy of Music and Drama, University of Gothenburg.