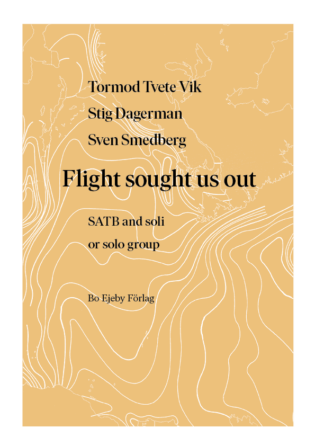 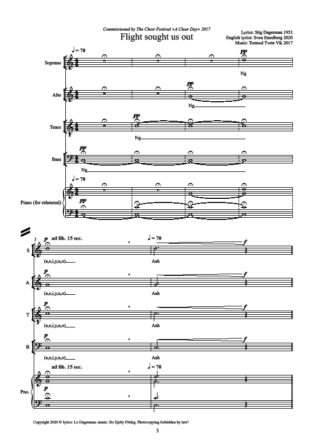 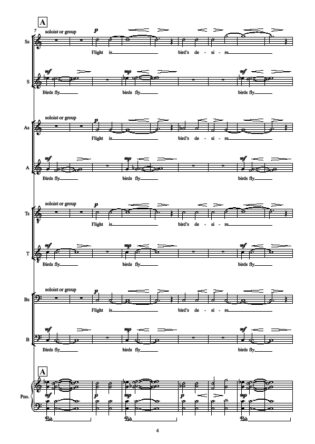 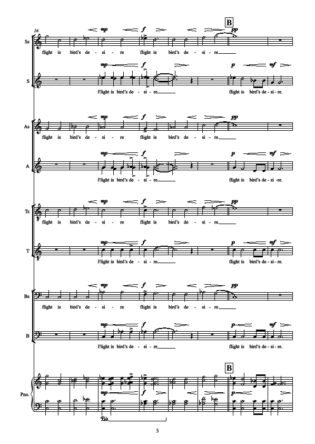 Flight sought us out (SATB and soli)

Flight sought us out is a “walking choral piece” for three choirs SATB, based on a Swedish poem by Stig Dagerman, translated to English by Sven Smedberg. Initially published in 1953, the lyrics deal with a burning subject, and it is shaped musically by employing the choirs’ positions and movements in relation to the natural acoustics of the room.

The work was commissioned by the Nääs Choral Festival in 2017, where it was premiered by local choirs conducted by Gunno Palmquist. A Swedish version, Flykten valde oss, is also available.

”Flight sought us out is well-suited to choirs at different levels. This is a reduced version of the work for one SATB choir with a soloist or a small solo group in each part. The original version for three choir is also available.” – Tormod Tvete Vik

The global Youtube choir performance ”The Virtual Choir” was a singing project where anyone could join, by recording one of the tutti parts at home alongside the prerecorded soloists in VOX Vocal Quartet. The Virtual Choir was premiered on Youtube 2021.